Congratulations to our 23 crews that competed at the AON North Island Secondary School Champs at Lake Karapiro between the 11th-14th March. Out of these crews, (singles, doubles, quads and eights) 9 made the finals. Outstanding effort from our girls teams with medal finishes.

Some great results for this regatta and huge thanks to the coaches; Brendon Grey, Brett Henry and Jim Matchett for continuing to support our school rowing crews. 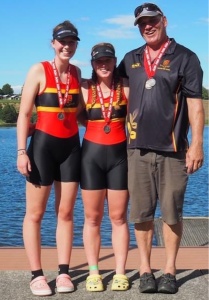 Dance Showcase
On Wednesday 7 September, our Dance students presented the Showcase that they have been working towards all year. Our students had the opportunity to invite…
Pukekohe High Student Liam Gregor | NZ Business Hall of Fame
Is that the wealthiest man in New Zealand with Liam Gregor? Liam Gregor, recently spoke at the NZ Business Hall of Fame event to 650…
Auckland Rugby 5C Competition Final
U70kg Boys vs Sancta Maria College U70kg | WIN 25-6 CROWNED CHAMPIONS! 🏆💯 Our U70kg boys have gone all the way and have beaten Sancta Maria…