Home » What We Learn » Learning » Languages

What is learning languages about?

The Importance of Learning Languages

What are Languages about?

What is learning Languages about? 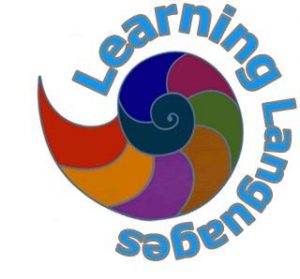 This learning area provides the framework for the teaching and learning of languages that are additional to the language of instruction. Level 1 of the curriculum is the entry level for students with no prior knowledge of the language being learned, regardless of their school year.

Why study a language?

Languages link people locally and globally. They are spoken in the community, used internationally, and play a role in shaping the world. Oral, written, and visual forms of language link us to the past and give us access to new and different streams of thought and to beliefs and cultural practices.

Te reo Maori and New Zealand Sign Language (NZSL) are official languages of New Zealand. Because of New Zealand’s close relationships with the peoples of the Pacific, Pasifika languages also have a special place.

By learning an additional language and its related culture(s), students come to appreciate that languages and cultures are systems that are organised and used in particular ways to achieve meaning. Learning a new language extends students’ linguistic and cultural understanding and their ability to interact appropriately with other speakers. Interaction in a new language, whether face to face or technologically facilitated, introduces them to new ways of thinking about, questioning, and interpreting the world and their place in it. Through such interaction, students acquire knowledge, skills, and attitudes that equip them for living in a world of diverse peoples, languages, and cultures. As they move between, and respond to, different languages and different cultural practices, they are challenged to consider their own identities and assumptions.

How is the learning area structured?

This learning area puts students’ ability to communicate at the centre by making Communication the core strand. This strand is supported by two further strands, which are directed specifically at developing the linguistic and cultural awareness needed for communicative competence.

In the core communication strand, students learn to use the language to make meaning. As their linguistic and cultural knowledge increases, they become more effective communicators, developing the receptive skills of listening, reading, and viewing and the productive skills of speaking, writing, and presenting or performing.

In the supporting language knowledge strand, students study the language in order to understand how it works. They learn about the relationships between different words and different structures, how speakers adjust their language when negotiating meaning in different contexts and for different purposes, and how different types of text are organised. This strand helps students to develop explicit knowledge of the language, which will, over time, contribute to greater accuracy of use.

In the supporting cultural knowledge strand, students learn about culture and the interrelationship between culture and language. They grow in confidence as they learn to recognise different elements of the belief systems of speakers of the target language. They become increasingly aware of the ways in which these systems are expressed through language and cultural practices. As they compare and contrast different beliefs and cultural practices, including their own, they understand more about themselves and become more understanding of others.

The content of the learning area is specified in terms of a general proficiency statement for each progressive pair of levels, together with achievement objectives for the core strand and the two supporting strands. The achievement objectives in the Communication strand provide the basis for assessment. The two supporting strands are only assessed indirectly through their contribution to the Communication strand.

The achievement objectives are generic in order to encompass all languages that may be offered for learning in schools. Language-specific guidelines provide further information.